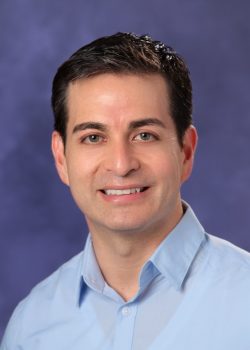 George’s interest in fitness began in the 80s with involvement in competition soccer, cycling, swimming and tennis. He holds certifications in personal training, health and nutrition coaching, Pilates, indoor cycling, kickboxing, barre, TRX suspension training, Zumba (and others). George is an active Fitness Instructor conference presenter and began teaching fitness classes in 1988. He holds the position of Fitness Programs Manager at the Washington Athletic Club and manages a personal training, pilates, and group fitness team of over 50 fitness professionals.

In addition to his fitness background, George has extensive technical experience in a variety of positions and companies. In his early career, he worked as a systems analyst at Safeco Insurance Companies and founded a private consulting practice as well. He has also held a Director of Information Technology position at an exclusive private performing arts college. In the near past, George was the Pacific Northwest Site Manager for a leading global supply chain management company called iLogistix. He also held a management position within Microsoft MSN for over 8 years and serves as an advisor to several non-profit organizations. He is on a board of an international media company and has been the executive producer of several award-winning full-length feature films.

George has an undergraduate degree from Colorado State University in Management Information Systems and an MBA from Seattle University.